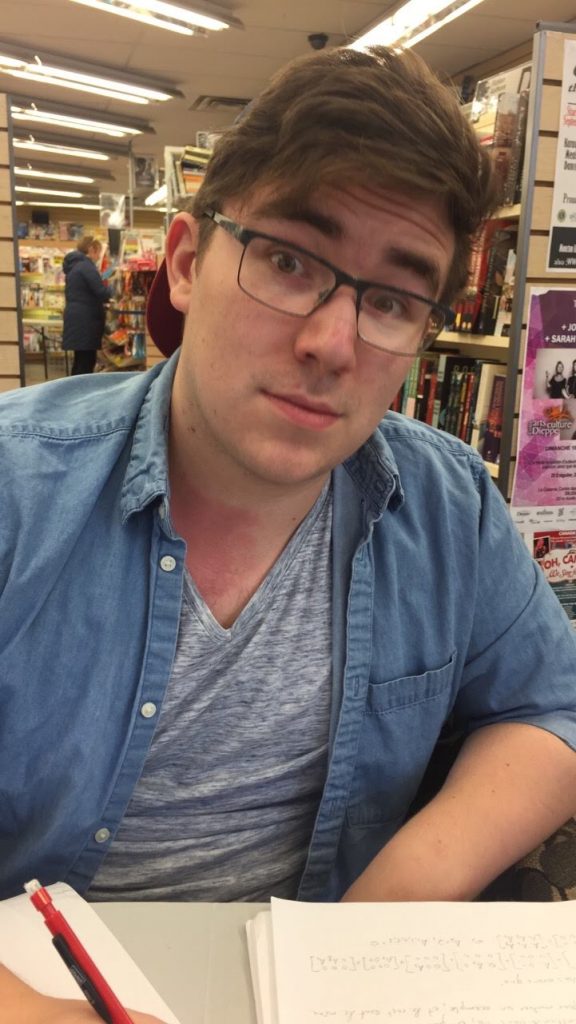 Ryan is a Ph.D. student at the University of Ottawa working in nanophotonics, with a focus on thin films and metamaterial use and design. He completed his bachelor’s degree with Honours in Physics, in Mathematics, under the supervision of Ralf Bruening at Mount Allison University. He then continued and completed his master’s degree at l’Université de Moncton under the supervision of Alain Haché. Here, he worked on a new novel way of inducing phase transitions via friction in thin films of Vanadium Dioxide. He is currently under the supervision of Robert W. Boyd in the CERC group and is hoping to find new ideas using thin films and metamaterials focusing on their nonlinear properties.

His theses can be found publicly on university library sites. The first thesis was titled “Effects of composition and aeration on stress in thin electroless copper films.” For his master’s thesis, it can be found under the name “Phase transition in vanadium dioxide induced by friction.” Furthermore, his first published paper can be found in Optics Communications, and any other article information can be found through his research gate at the following link: https://www.researchgate.net/profile/Ryan_Hogan2

If you need to contact him for any reason, feel free to use the information below.