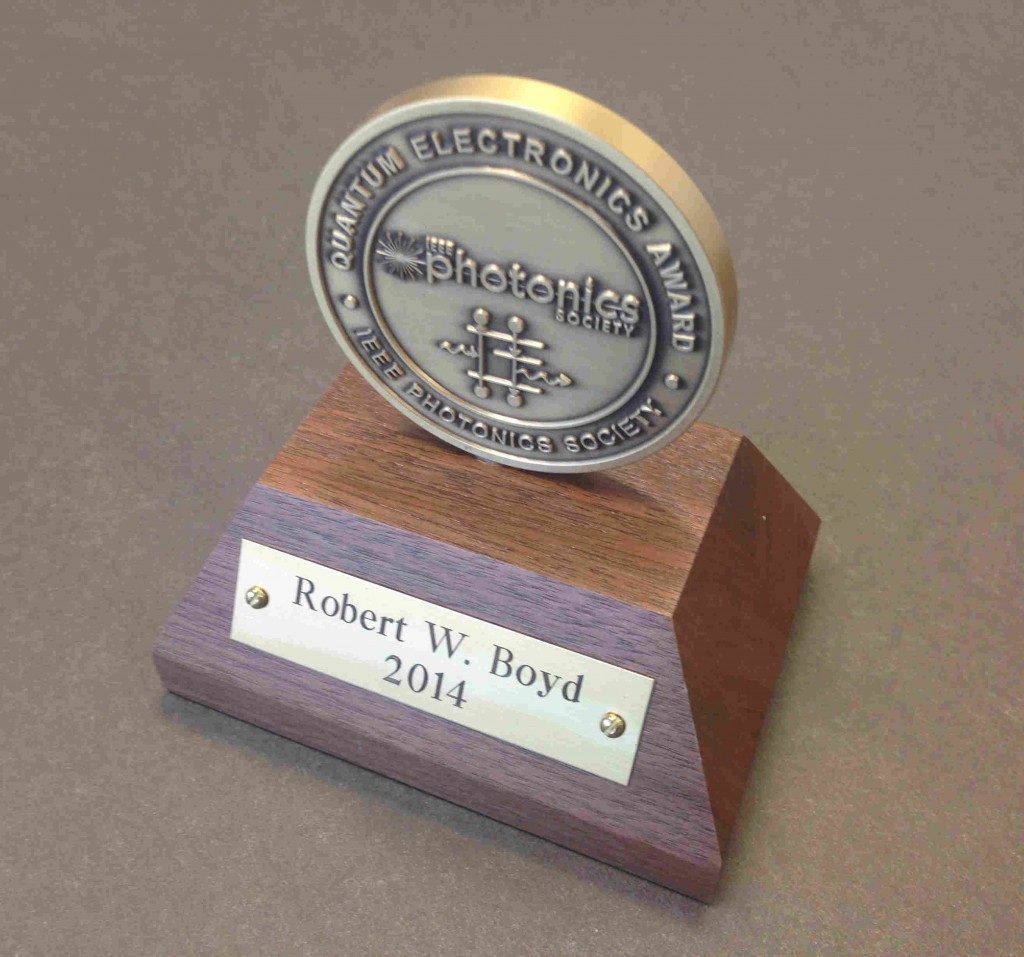 The Quantum Electronics Award is given to honor an individual (or group of individuals) for outstanding technical contributions to quantum electronics, either in fundamentals or application or both. The Award may be for a single contribution or for a distinguished series of contributions over a long period of time. No candidate shall have previously received a major IEEE award for the same work.

The 2014 Quantum Electronics Award was presented to Professor Robert W. Boyd, “for contributions to nonlinear optics, including room temperature slow light and the nonlinear optics of composite materials” The presentation will took place during the Awards Ceremony held at the 2014 IEEE Photonics Conference, a, San Diego, California, USA, on October 13, 2014.