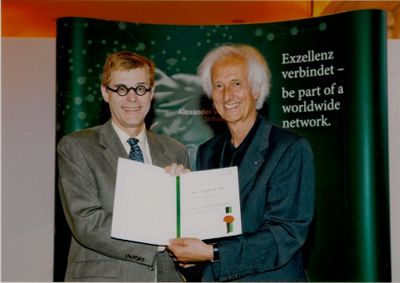 Robert Boyd received the Humboldt Research Award from Professor Dr. Helmut Schwarz, President of the Alexander von Humboldt Foundation, June 27, 2011. The Humboldt Research Award, granted by the Alexander von Humboldt Foundation in Germany, recognizes researchers whose discoveries, new theories or insights have had a significant impact in their own discipline and who are expected to continue being a cutting-edge researcher.