Honorary Doctor of Science Degree from the University of Glasgow, 2014 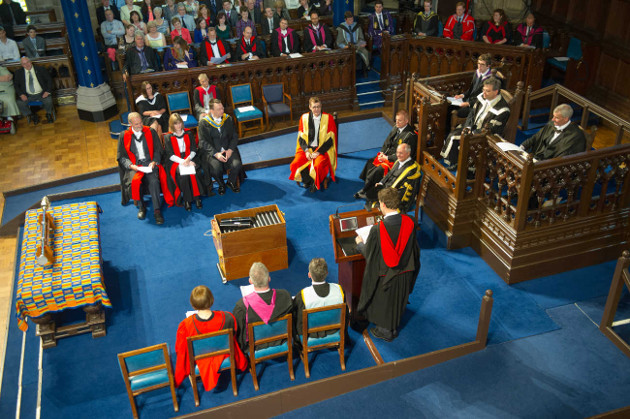 On July 2 2014 Professor Boyd was awarded an honorary doctor of science (DSc) degree by the University of Glasgow in the United Kingdom. The doctorate degree recognizes Boyd’s “considerable contributions” in the field of optical physics. Boyd is a pioneer in nonlinear optical interactions and nonlinear optical properties of materials. He developed composite photonic materials, also known as metamaterials, which can be fabricated to show linear and nonlinear optical properties for a specific task. Boyd also conceived the use of coherent population oscillations as a method of producing slow and fast light within solids at room temperature.